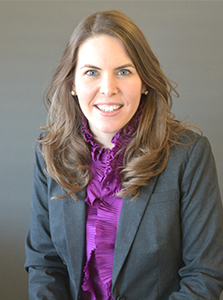 Emily F. Belanger joined the firm as a Summer Associate in May, 2012. In December, 2013, she was sworn in to the Maryland Bar and became an Associate Attorney, assigned to the Litigation practice group. In 2015, Emily was admitted to the District of Columbia Bar.

Prior to joining DeCaro Doran, and throughout her undergraduate and early law school career, Emily served as a law clerk at several local defense firms. After completing the DeCaro Doran Summer Associate Program in August, 2012, she remained with the firm as a law clerk until her swearing in to the Maryland Bar.Emily is barred in Maryland and the District of Columbia.