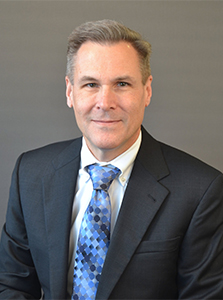 Gerald W. Ueckermann, Jr. joined the firm in 2013 and became a Partner in 2019. He is assigned to the Commercial Litigation and Employment Law practice group where he primarily handles insurance defense personal injury litigation and insurance coverage. He is an experienced trial attorney who has been admitted to the Maryland, Virginia and New Jersey Bars and practices before the District and Circuit Courts of Maryland, as well as the courts of the Commonwealth of Virginia.

Prior to joining DeCaro Doran, his legal experience included a judicial clerkship in the New Jersey Superior Court and, thereafter, as an associate with Greenblatt & Rosenburger in Vineland, New Jersey. After relocating to Maryland, he was associated with O’Malley, Miles, Nylen & Gilmore from 1993 to 2004 and, most recently, Schmidt, Dailey & O’Neill from 2005 to 2013.

Jerry lives in Columbia, Maryland with his wife and two children.  His hobbies include running.

U.S. COURT OF APPEALS FOR THE FOURTH CIRCUIT