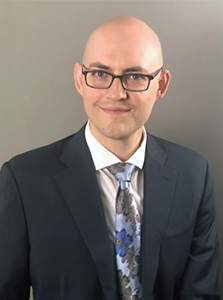 Jason C. Greaves joined DeCaro Doran as an associate attorney in 2019, and works out of our Virginia office.  Jason grew up in San Jose, California and Miami, Florida.  After graduating from the University of Miami in 2006, he moved to Northern Virginia and started his career in finance, working for an institutional investment manager.  He then transitioned to law, graduating from George Mason University School of Law in 2013.

Prior to coming on-board with DeCaro Doran, Jason was a trial attorney for Nationwide Insurance, where he handled personal injury, commercial trucking accidents, and products liability cases.   Before that, he spent three years as a general civil and criminal litigator at Dycio & Biggs, representing companies and individuals in diverse cases, including fraud, conspiracy, theft, breach of contract, and multi-state commercial disputes.  Jason has experience litigating in the United Stated District Court for the Eastern District of Virginia and has argued before the Virginia Court of Appeals and the Virginia Supreme Court.

While in law school, Jason interned for Fairfax Circuit Court Judge Jonathan Thacher (ret.) and served as a law clerk for State Farm Insurance’s trial division.  Jason was also active in the George Mason Trial Advocacy Association and was the Executive Editor for the GMU Civil Rights Law Journal.