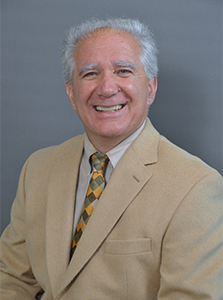 Jeffrey R. DeCaro has practiced law since 1980, and is one of the founding partners of DeCaro, Doran, Siciliano, Gallagher & DeBlasis, LLP.  He is barred in the state and federal courts in Maryland, Virginia, and the District of Columbia, and his practice is concentrated in the areas of insurance defense, both at the trial and appellate levels, employment litigation, construction litigation, commercial/contract litigation, and product liability litigation, with a special emphasis in medical device and pharmaceutical liability litigation.

Mr. DeCaro is also deeply committed to his community, where he served as the President of the Shipley’s Choice Homeowners Association for eight years, a member of the Executive Committee of the University of Maryland Law School Alumni Association, Soccer Commissioner of the Greater Severna Park Athletic Association, a member of GSPAA Board of Directors, and has been a Board member of the Tennis Alliance of Anne Arundel County since its inception in 2013. He is currently the President of the Trumbull Estates Home Association, and has served in that capacity since 2015.

For the past twenty years, he has served as the Commissioner of the Prince George’s County Bar Association Softball and Basketball Leagues, and has raised more than $30,000 for the benefit of the Carol Jean Cancer Foundation, Inc. and The Children’s Inn at NIH during the Association’s annual softball tournaments.