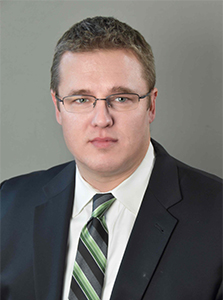 Michael E. McGraw has been a practicing attorney since 2006, and joined DeCaro Doran’s litigation team in January 2019.

Mike was raised in Prince George’s County, Maryland and moved to Anne Arundel County in 2005.  He attended Salisbury University, where he earned a B.S. in Management Information Systems and Business Administration.  He later earned his J.D. from the University of Baltimore School of Law in 2005.

In addition to handling insurance defense cases in State and Federal Courts throughout Maryland and the District of Columbia, Mike routinely handles cases for clients charged with everything from DUI and drug possession to homicide.  Mike is a firm believer that purchasing fancy accolades and awards from legal organizations to put on your letterhead isn’t what makes an effective criminal defense attorney.  Mike believes an effective defense attorney should be judged on their merit which can only be done by looking at their record.  Mike has successfully tried over 100 criminal jury trials and hundreds of bench trials and while he stopped keeping track of wins and losses nearly a decade ago, his success rate is what keeps existing clients coming back and new clients walking in the door.  Mike has been a felony prosecutor in both Anne Arundel and Prince George’s Counties during his career and is keenly aware of what the State will do to put you or your loved one behind bars.  Last but not least, Mike is likely the only defense attorney you’ll find who has earned over 340 hours of collision reconstruction training and has tried nearly a dozen motor vehicle fatalities involving speed, alcohol, drugs, distracted driving, and drag racing.

Mike also regularly appears before the Office of Administrative Hearings (OAH).  The OAH conducts 500 different types of administrative agency hearings for over 30 state agencies such as the Department of Education, Department of Social Services, and the Department of Labor, Licensing, and Regulation.  If you have been accused of wrongdoing by an administrative agency, the consequences can be far reaching.  There are lawyers employed by these agencies whose sole job it is to convince an Administrative Law Judge that you have committed a wrongful act and as a result, you should lose your driver’s license, lose your professional license, lose your job, or worse.  Do you know how to navigate the Code of Maryland Administrative Regulations or COMAR as its known?  Do you know the rules applicable to hearings before an Administrative Law Judge? Do you know if the agency coming after you has its own rules?  Mike does and he will be there to battle the other side in what are often highly contested hearings that either side can appeal to the Circuit Court if they don’t like the outcome.

Finally, Mike and his family’s lives changed forever in August, 2015 with the birth of their daughter.  When Mike discovered that his daughter had special needs, he immediately joined the Counsel of Parent Attorneys and Advocates (“COPAA”) to learn more about advocating for parents and children whose lives have been affected by anything from an ADHD diagnosis to a genetic disorder affecting just 1:130,000 children.  Mike represents parents and guardians in all phases of special education matters including IEP meetings, manifestations determinations, disciplinary hearings (including expulsions/suspensions, regardless of disability), mediations and due process hearings.  If you or your child needs an advocate with first-hand knowledge of what it takes to fight for your child’s rights, please call him.  You are not alone.