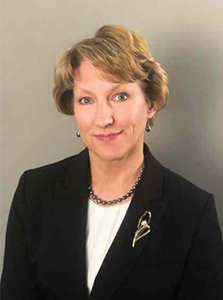 Nancy J. Goodiel joined DeCaro Doran as Of Counsel in 2019.  She was born in Queens, NY and has been a native of Northern Virginia since 1972.

Nancy’s practice is concentrated in Insurance Defense, Personal Injury, and Product Liability.  She is barred in Virginia and the District of Columbia and regularly defends her clients in the state and federal courts in those jurisdictions.

A wife and mother of three, Nancy still finds time in her busy schedule to indulge in her passion for tennis and serve her community.  She has been a Floris Mentor to Hutchinson Elementary School since 2014.  As a mentor, Nancy serves as a role model, motivator and advocate for young children by providing them with the tools and support to succeed academically and encouraging them to reach their full potential.