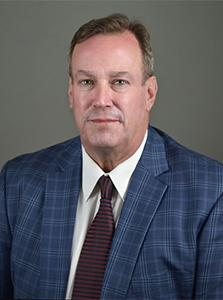 Robert S. Morter joined the firm as of counsel in 2018.  His practice centers primarily upon the defense of medical malpractice and nursing home claims and other high exposure personal injury and wrongful death actions.

Bob, with over 20 years of experience, is admitted to practice in Maryland and the District of Columbia where he regularly represents physicians, medical practice groups, hospitals, assisted living facilities, and product manufacturers and suppliers. Appearing frequently in the state and federal courts of both jurisdictions, he has significant first chair trial experience, having successfully tried many medical malpractice cases to defense verdicts.

His past experience also includes having served as a judicial clerk for Judges James C. Chapin and William J. Rowan, III in the Circuit Court for Montgomery County, Maryland.  As well, he has graduate level training in neuroscience and physiology, and has previously worked as a researcher in the Pharmacology Department at the University of Texas Medical Branch in Galveston, Texas, co-authoring studies appearing in Neuroscience Letters, the European Journal of Pharmacology and the American Journal of Preventive Medicine.