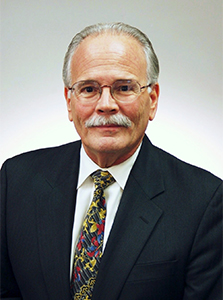 Alan Siciliano practiced law for mare than 40 years before his retirement in 2015, and was one of the founding partners of DeCaro, Doran, Siciliano, Gallagher & DeBlasis, LLP.

Born in 1946, in Washington, D.C., he attended Canisius College in Buffalo, New York, where heobtained a B.S. in Economics, in May 1969. After serving in the United States Army for two years,including a tour in Vietnam, he returned to Washington, D.C., and entered the Catholic University ofAmerica Columbus School of Law. He was a member of the Catholic University Law Review, andearned his juris doctorate in 1975. Mr. Siciliano served as judicial law clerk to The Honorable John J.Mitchell, Chief Judge of the Circuit Court of Montgomery County, Maryland before entering privatepractice.

Since his retirement, Alan has continued in a mentoring role with the younger Partners andAssociates, and has emceed the firm’s Annual Insurance Defense Litigation Seminar.

He currently resides with his wife, Jane, in Vero Beach, Florida.