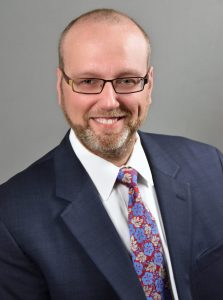 James Liskow became associated with the firm in May of 2007, and became a partner in January 2015. He is assigned to the Commercial Litigation and Employment Law practice group. He is barred in Maryland, the District of Columbia, Virginia, and New Jersey. Mr. Liskow has litigated and tried cases in the state and federal courts throughout Maryland, D.C. and Virginia.

Mr. Liskow was born in 1980 in New York, New York. He attended York College of Pennsylvania, where he obtained a B.A. in English (with a concentration in Writing) in 2002, and earned his J.D. from The Dickinson School of Law at Pennsylvania State University in 2005. At Dickinson, he was awarded the Dean’s Scholarship and CALI Excellence for the Future Award, and was a Miller Center Public Interest Advocate.

Prior to joining DeCaro, Doran, Mr. Liskow served as a law clerk to the Maryland Office of the Public Defender, in Baltimore, Maryland, and was an associate with Wesker & Whittaker, P.C., in Gaithersburg, Maryland.

Mr. Liskow has been named a Rising Star by Super Lawyers Magazine from 2014 to 2019.