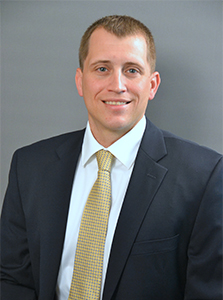 Mark Kohl’s practice focuses on defending personal injury claims and litigating insurance disputes.  Mark represents select clients who have been injured in motor vehicle accidents and slip-and-fall accidents, as well as contractors whose clients have not fully compensated them for their services.  Mark also defends those accused in criminal courts of traffic and alcohol-related offenses, and those accused of assault.

Mark clerked for the Honorable Christopher Henderson in the Circuit Court for Charles County, Maryland before beginning his civil litigation and insurance defense practice.  He first came to DeCaro, Doran in April 2012, after six years at another local firm engaged in defense litigation.  Mark was elevated to Partner in January 2019. He is barred in Maryland, Virginia and the District of Columbia.

Mark was honored by Super Lawyers Magazine as a top-rated personal injury attorney for the last two years.  He was named as a rising star by Super Lawyers for the previous six years and was also named as one of the state’s “Outstanding Young Lawyers” in Baltimore Magazine.  He has served as a panel interviewer for the judicial nomination committees for the Maryland Hispanic Bar Association and the Maryland Defense bar and is a member of Maryland’s Character Committee for bar applicants.

Mark received his undergraduate degree in Education from Olivet Nazarene University in 1999 and his Master’s degree in Political Science from the University of Illinois in 2001.  Thereafter, he attended the Georgetown University Law Center, from which he received his law degree in 2005.

Mark practices throughout Maryland, Virginia and in the District of Columbia. He resides in Calvert County, Maryland.